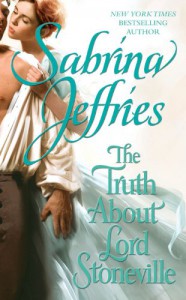 “The only way that scoundrel is getting your mother’s pearls,” she shot back, “is if I strangle him with them.”

This was such a fun little snack of a book; I really needed something like this! It had some of my favorite romance tropes (culture clash, fake engagement, siblings scheming to get the couple together, a tough-as-nails matriarch who helps in her own way...), with a dash of angst but not so much that it became too dramatic.

Oliver was a bit cookie-cutter, and I'm kind of over the "woman as rehabilitation center" thing (you know: the one special woman who can get our brooding hero to open up and want to be a better person). But beneath that, there is a moving story of a man who has given up on himself because he blames himself for a tragic event. Oliver does come to his senses, and Maria (whose quote above is my favorite in the book) is strong enough to not take any crap from him.

I'll definitely check out the rest of the series. Besides the fact that the other siblings are interesting individuals, there's a bit of a murder mystery that's supposed to be explored throughout the books, and it was one of my favorite parts of this one.