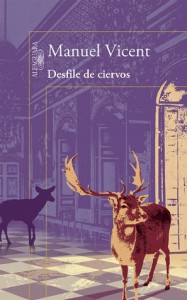 This was an amazing read, but would probably make little sense to anyone not familiar with the political, social, and cultural goings-on in Spain during the 1990s. The story is loosely held together by a painting of the royal family commissioned in the 90s, but left unfinished for two decades. In a reverse Dorian Gray theme, the figures in the painting remain untouched while Spanish society (and the subjects of the portrait itself) decays around them.

Edit: Also, it's good to be back in the land of reading and writing. It's been a complicated couple of months, but things are finally slowing down enough for me to relax with books!